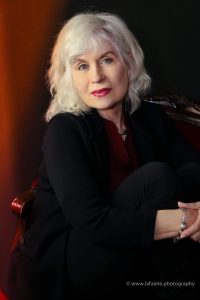 Jodie Sinclair has more than two decades of experience in public affairs and broadcast news with professional media, non-profits and city and state agencies.  She is the co-author of “A Life in The Balance” The Billy Wayne Sinclair Story” and Capital Punishment: An Indictment by A Death Row Survivor.”

Jodie was born in Houston, Texas in 1938, the eldest of 4 daughters. Her father was a Texas businessman, wildcatter, and oil deal maker. A cousin was a Republican member of the U.S. House of Representatives for 30 years. As a child, she lived in Houston, Mexico, and Europe. She speaks French and Spanish. She is married to a famous inmate writer who was finally freed in 2006 after 40 years in prison in Louisiana. She is the mother of three children by her first husband and the grandmother of three.  She lives in the Texas Hill Country.